I’m starting a new section of my blog called “Mandy Uncensored”, which will consist of posts not directly related to travel. They will be more thoughts and opinion-based. Will I be brave enough to publish my inner thoughts, allowing them to be publicly judged or criticized? Honestly, I’m not sure … But if I am, I hope you enjoy it and may even draw some inspiration or motivation from it. 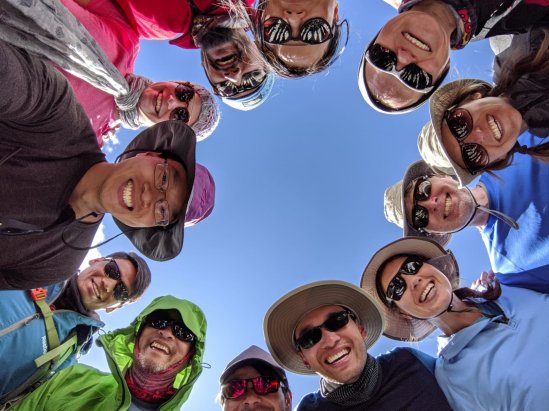 Have you ever came back from an incredible vacation only to find yourself feeling worse than before you left? You feel torn between what was and what is. You battle with the internal tug-of-war of being thrown back into the chaos of routine and responsibilities while your mind refuses to leave vacation. You return to your comfortable lifestyle surrounded by so much and yet, you feel so unfulfilled…

Upon a recent return from an amazing three weeks in Nepal, I’ve been trying to figure out what this emptiness is that has been debilitating me. Consequently, I even began questioning: who am I? What do I want to do with my life? What kind of person do I want to be? And what is it about travel that makes me feel so damn good and how can I integrate that into my day-to-day routine?

I began to realize that, for me, traveling allows me to be the best version of myself. While traveling, I feel released from my responsibilities, obligations, and chores and, instead, become preoccupied with immersing myself in a new culture and making real human connections. I set aside the trivialness of an idle mind, like questioning if I am good enough and if people like me and so on. During travel, I allow myself to let go because this new surrounding is out of my control. I have nothing to hold on to. I have nothing to prove. I don’t feel judged. And, while traveling, I have so little possessions to become possessed by. I become basic and simple – which is rather quite liberating.

So instead of waiting for my next adventure to let go and feel like I can breathe again, I’ve started questioning how can I learn to embrace my daily routine and stop taking life so seriously. And I’ve concluded that it’s centered around our values and priorities. One of those priorities, being yourself. We need to learn to love ourselves unconditionally for who we are and not what status we carry, how much we own, or who we are friends with. We need to stop measuring wealth by what we can hold, and stop defining love by what we are told so that we can learn to be happy with who we are and what we have. We need to stop assuming that possessions are a measurement of our success – because they are not. These are just things. And we need to stop waiting to be told that we are pretty to feel valued – because these are just words. And instead of counting the likes and seeking external gratifications, we should turn our focus inward. We should work towards freeing ourselves from the shackles of pride and humility and stop trying to sell ourselves in exchange for the approval of others. Focus on loving and accepting who you really are. Because, after all, if we can’t love ourselves – how do we expect others to?

Instead of continuing down this path of self-destruction with distorted values and personal criticism, we should just focus on being the best version of ourselves and accept that this IS enough. Be the person who YOU are happy to wake up to in the morning. Live by the values that YOU feel are acceptable. Be the parent, friend, or family member that YOU would want to be around. Stop buying wealth and chasing likes – instead, try chasing real-life experiences. Try being real. Being kind. Being sincere. Take the time to make real connections. Listen – like, really listen, to others. Don’t just wait for your turn to talk. And not only speak with purpose and meaning but live with it. Look for the good in everyone – even if you have to squint to see it. Look for people’s strengths instead of their flaws – because, after all, their strengths do not weaken yours nor does their flaws erase yours.

Let go and just let life happen – because it will happen whether we try to control it or not. Let go of expectations. Let go of people’s approval. Let go of counting how many friends you have on social media. Let go of surrounding yourself with items that you think people will envy. Don’t become obsessed with the past or fixated on the future because now is the only time that really matters. Stop waiting for weekends, for vacations, for friends or for opportunities and start living life now.

Don’t only do what you love but learn to love what you do. Life is not about finding yourself, it’s about creating yourself! Figure out what person you want to be and be that person. Decide what your personal version of happiness is and once you discover it, live on your own terms.

Be kind to yourself. Embrace your flaws, don’t criticize them. Follow your passion, despite how silly it may seem. And, most importantly, allow yourself to be happy – in doing so, you will be able to make those around you happy too.

I heat up his favorite dish in the microwave and put it down in front of him. A meal that used to bring him great joy now turns his head away in disinterest. I can feel myself becoming frustrated, yet desperate because he just won’t eat. I stare at his frail body trying to figure out what to do. His loose skin hangs from its bones since there is no longer any muscle or fat to give it shape. I look into his opaque eyes, which are clouded from his cataracts. They look sad. When I look at him, he turns his head away and pretends to stare off into the distance. I can’t help but wonder, does he resent me for not letting him die? His cancer has spread quickly over the past year and now he just waits, tiredly, for it to consume him…

To fully understand this story, let me bring you back to where it all began…

It was a warm August morning, only a few weeks before my new semester would begin. I had gone into the pet store that day in search of a rabbit with floppy ears. Funny enough, I had actually picked out its name before even deciding to get a new pet. As I walked towards the rabbit cages, near the back of the store, something had caught my eye. I stopped and stared at him as he stared back at me. Intrigued, I could tell that there was something quite extraordinary about him, but I couldn’t quite put my finger on what it was. Perhaps it was that he seemed like an old soul, much like myself. In a room full of chaos, he sat there with such a serious demeanor, quietly observing me with his big brown eyes. Whatever it was about him, I knew that I couldn’t walk away.

He was nearly the size of a small bunny, with mottled brown, black, and beige fur. He had subtle hints of white hidden on his chin and chest. His fur was so fluffy that it almost made him appear round. His tail was short, his ears were floppy, and he had a small button nose. He was absolutely perfect. It was at that moment that I realized … he was my Charlie. 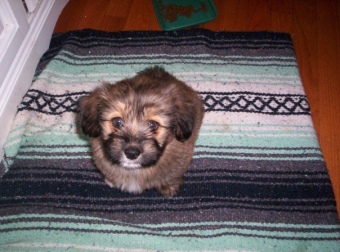 To the average person, Charlie might have been an overpriced mutt, but to me, he was priceless. A true hidden gem. And he quickly became the greatest companion of all time.

Shortly proceeding that day, came some of the darkest and difficult times of my life. As I would sit on the floor, with my head buried in my arms in complete defeat, Charlie would nudge me with his cold, wet nose, as if to reassure me that it was all going to be okay and that I would never be alone.

And he was right. As we climbed our way out of that rut, I was never alone. His loyalty and companionship helped me through those difficult times and allowed it to strengthen and define me instead of breaking me. Charlie stayed patiently by my side as I rebuilt my confidence and rediscovered my lust for life.

In no time, we were hiking trails, conquering mountains, and even spending nights together camping underneath the stars. Heck, we even tried paddle-boarding together (although he wasn’t a big fan of that)! I didn’t have much, but I always had him and wherever I would go, he would always come along.

But eventually his body became older and he struggled to keep up. But this wouldn’t stop us from being together! I still carry him along on our adventures because I knew how much he hated to be left behind. Gradually, he became so weak that he was unable to even jump up to his favorite seat on the couch, but I would still pick up him and place him there because I knew how happy it made him.

That day in the pet store, twelve years ago, I had always felt like it was him who needed me. I saved him. But now looking back, I see clearly see that it was actually me who needed him. His love and companionship was a constant reminder of the beauty that still existed when all I could see was grey. However, he does need me now … he needs me to let go. As I hold his empty and tired body in my arms, I realize that if I truly love him, then I must say goodbye.

To feel the unconditional bond that is formed when a dog chooses you as his master is one of the greatest and purest gifts of life. Charlie, you loved without the fear of getting hurt. You were loyal without question. You gave without ever asking for anything in return. You listened without judging. And you kept every single secret, as promised.

I want to thank you for choosing me as your master, companion, and family. You have taught me about loyalty, friendship, and love. You have touched the lives of everyone who was privileged enough to meet you.

You are so much more than just a pet or a dog, you are my one and only Charlie. And I will always love you. 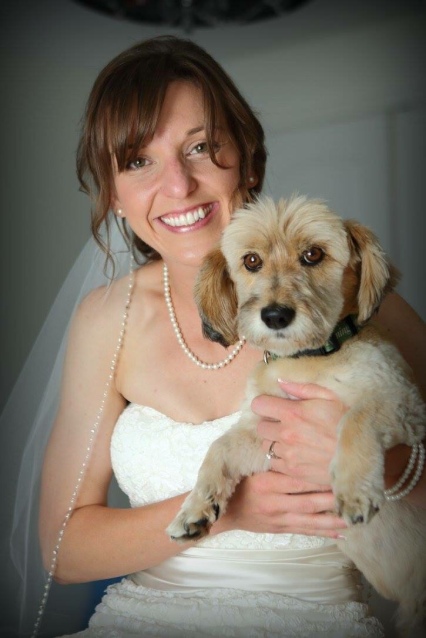